​Custom Home Client
"Our first meeting with Sharilyn was on the property where we wished to build our "forever home", walking the land and describing the family heritage tied to the property.  Her excitement for our project took us by surprise; we were not expecting the high level of enthusiasm Sharilyn invested in our vision.  From the beginning, we knew we had a partnership with someone who believed in our dream just as much as we did, and we continued to be impressed by Sharilyn's skill, professionalism, and energy.

We were blown away upon seeing the first iteration of plans.  We were prepared for a long, arduous process of attempting to capture our home in plan form, but Sharilyn made it smooth and even fun!  The initial set of plans was much closer to our final home than we expected.  It was obvious Sharilyn actively listed while discussing the intentions we had for our home, then articulated on paper what we could only partially describe in words.  She also provided us with excellent suggestions to optimize the flow between spaces, stay within our budget and create a beautiful home.  In all this, her attention to detail impressed us.  She managed hundreds of details we never considered that have made our home comfortable, energy efficient and livable.

During the building process, Sharilyn remained engaged and available, working seamlessly with our contractor.  We appreciated her expertise and advocacy; the successful working relationship she cultivated with us and our contractor ensured authenticity to our plans and vision.  Throughout all phases of the planning and building process, Sharilyn was punctual, responsive and organized.

We are convinced our home would not be the dream realized it is without her involvement.  Entrusting her with our project was paramount to its success, and we cannot say enough to express our appreciation and admiration."

"When I first contemplated designing and building my custom dream home in Southern Highlands Golf Estates I knew I would have to find an architect with superior skills that not only had a keen attention to detail but also someone that I could work closely with during the two year long project.  Sharilyn Hidalgo exceeded all my expectations.

Beyond being a very charming person with a pleasing, easy to deal with style, she also proved to be a very hard working and dedicated professional.   Sharilyn impressed me by her enthusiastic commitment to the project and the many long hours she put in to produce several iterations of plans and revisions as we approached the final design.  There were many instances when we were struggling to perfect a particular design feature that needed refinement and Sharilyn was right there with recommendations and options to choose from.  I thought her elevations and cross-sections were superior.  Not being in the trade myself, I can only assume that her final drawings must be best in class when I was told one day by the framing contractor that he felt Sharilyn’s plans were the best he had ever seen in his 28 years of framing.

The “proof is in the pudding”, as they say, and I just love my new home.  I feel that Sharilyn’s attention to detail, her comprehensive knowledge of architecture, her superior project management skills, and her strong work ethic all played a major role in the successful outcome that was achieved, and as an added bonus she is also a very nice person to work with.  I would highly recommend Sharilyn Hidalgo and H Studio Architecture for all your architectural and drafting needs.  You won’t regret it!"

“I first worked with Sharilyn on a large remodel project in 2009 and was immediately impressed by her attention to detail and to her client’s needs.  She has an excellent grasp of the structural requirements of buildings leading to unique yet cost effective projects.  I have been thoroughly impressed by Sharilyn’s tireless work ethic as well as her creative and efficient designs.”

“As a builder of high-end custom homes, I often work very closely with the client's architect and designer. I had never worked with Sharilyn previously but as luck would have it, both she and I were selected to create this particular client's dream home. From the beginning I could tell Sharilyn was very detail oriented and very knowledgeable in design and architecture. I think that can be said of good architects in general, and she is one. However, what really sets Sharilyn apart is how she takes care of both the client and "her" project. I say "her" project because where many architects will pass off the project to the builder and walk away, Sharilyn was an integral part of the construction team throughout the next 18 months of construction. Her opinions and ideas were always appreciated and greatly valued by my team as well as our client. Not many projects I have built have proceeded so smoothly and seamlessly. I attribute a lot of that to a "hands-on" architect.” 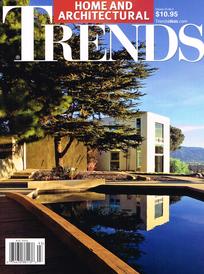